Do I have to do EVERYTHING? 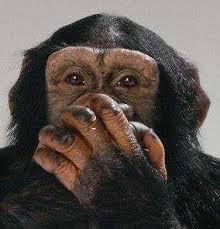 So, Lou-lou (12 year old daughter) is having girl drama. Really lame girl drama (is there non-lame girl drama?) It involves her 'former' best friend and a boy they both liked--guess which one of them got him? Not Lou-lou. (which her mother is very grateful for, but which Lou-lou feels is likely the end of the world)

It's been two weeks and on Tuesday morning Lou-lou had a melt down. She missed the bus and we sat on the couch and talked about what it was that caused her to fall apart. It was obviously not the regular stuff--I knew some new level had been reached. I was right (of course I was right) and after some tears and some "I'll love you no matter what"s she finally admitted that last week she had called the former best freind a name--not to her face, but she'd said it to a freind and then the girl found out (of course she found out). Now Lou-lou feels horrible and the former freind was very hurt.

So I asked Lou-lou, "What did you call her?"

Lou-lou folds into herself and shakes her head as new tears fall. "I can't tell you."

Oh boy. I know a lot of dirty words and bad names and they all start rushing through my head. "You can tell me," I assure her. "I promise I won't get mad, but I need to know what the name was so that I know what kind of fall-out to expect." (No, she doesn't know what fall-out means, but I like to use phrases like that so that the kids remember I'm smarter than they are)

Wow. Now I'm really worried. "Was it a swear word?"

She shakes her head and I'm perpelexed. After a moment, however, I realize that there are far worse words she could have used than a simple swear word (which is ironic, but true). And my stomach falls a little bit as I imagine what word she could have picked up somewhere and then recycled for this event.

"Well," I say all calm and collected. "I'm sure I know what it means, so tell me what you said and we'll go from there. You're not going to shock me with it."

She peers over her knees. "You know what it means," she said. "You've said it before."

Yikes. As I said, I know a lot of bad-mean-dirty words, but I don't make a habit of saying many of them--unless I'm talking about dental insurance or computer ink and I'm careful not to bring up those topics in front of my children. She does not continue. "When did I say it?" I ask, certain I'd remember when I used this horrible word.

"When The Bad Girl's Club came on TV."

I'm compltely confused. I have no idea what the Bad Girl's club is. "Well, you're gunna have to tell me what it was cause I'm stumped. What did you call her?"

Oh, is that all? I mean, not that it's a good word--certainly not for a very non-slutty 12 year old girl--but it could have been so much worse. So I told her what it meant, which made her cry even harder, and then I told the story of the girl who has to let all the feathers go and then is told to pick them all up. I think she got it. She stayed home for an hour to get herself together and then I took her to school where she met with her councilor about what to do from here.

On the way out of the parking lot I glared at the building disappearing in my rear view mirror. My daughter is in the 7th grade, she's been in public schools most of her life and yet she learned the word slut from me?

If that's not evidence of the failure of a decent public education, I don't know what is.
Posted by Josi at 9:53 AM

Yea - girl drama. I am NOT looking forward to an increase in girl drama as Mikaela gets older.

On another note, you totally had me laughing. My two favorite lines were, "I like to use phrases like that so that the kids remember I'm smarter than they are," and "If that's not evidence of the failure of a decent public education, I don't know what is." Ha ha ha!

Remind me to keep my kids away from you and your potty mouth. :)

Yeah, 12 is coming up awful fast around here. So much to look forward to.

I might have to do some digging - I have no idea what good words Anna picks up at school...

That;s so funny! I knew far worse words than that in the 3rd great! You must have done an excellent job with her.

Yes...that is surprising, actually. I think I knew what it meant in 7th grade? maybe not. Long time ago.

Poor thing. Teen drama is tough to deal with.

Oh ouch...that does hurt, doesn't it? I love that she could talk to you about it. That is a sign of doing many, many things right.

Well, I've only had Buddy for 8 months, and I've already taught him a word or two I shouldn't have. You've got twelve years up on me, and that was the best you could do? :^>

Ah, young love. It hurts so bad. I still remember that terrible pain you get, right in your heart. I am so glad I only experience that in books anymore!

Jake is in 7th grade too. It's a tough age. The terrible thing is that she'll live through it.

What a relief that "slut" was the word she used. I was thinking she said something far worse. Guess that tells you where my brain is...in the gutter! lol

So, I suppose I shouldn't have laughed, but I couldn't help myself.

Reminds me of the time my son called me the worst name he could think of--idiot. (He was very angry and not yet in school.)

I am already tired of girl drama and my oldest daughter (I have 2) is only in 3rd grade. I had to laugh, though, that she did not know the meaning of slut. I guess it would be a bit of a challenge to find a legitimate lesson plan that would include slut as a vocab word!

You are such a cute Mom. The joys of 12 year old drama huh? My sister goes through the same stuff. I am excited for you on your Lemon Tart book. That is so awesome. I can't wait to read it. I loved her good name. It was Excellent.

You're a great mom. Evie's only nine, but I really appreciate her openness with me and I hope it lasts. She has confessed to me the two times she has lied to her friends about something to make them like her more and about other small offenses. I love it. It's the sign of a girl on the right path for sure!

Thanks for sharing this cute and heartwarming story. I'm not really looking forward to the teen years and I love a story with a happy ending.

You're a great mom and a great writer. I breathed an actual sigh of relief when I read what THE WORD was.

Ok, so now I'm stumped because I have no idea what the story is with the girl and feathers. I wanna know!

I was kind of laughing reading this because, like you, I totally expected something a LOT more offensive than slut. Not that I would ever want to be called a slut, but some how, I've managed to be called worse.

And yes Josi, don't you know by now that you do in fact have to do everything?

Just today I furthered my boys education in bad-words-you-should-never-ever-use-unless-you're-mom-and-you're-really-really-mad. I was worried, you know, that being homeschooled they were missing out on the education of life's darker side. I aim to give them a well-rounded education.

Oh, my gosh. I love that last line. So funny.

I am cracking up! Those darn public schools! What are they good for?

Oh my gosh! I laughed so hard at the last line -- however, I learned more cuss words from my Dad than in public school. Scary! I haven't shared many choice words with my kids. You are doing a great job. I am so happy your daughter can come to you for guidance in a time of crisis.

I am really nervous for my 7 year old daughter to get older?!?

The important thing here is that you and your daughter have a close enough relationship where she can openly talk to you. That is what mothering is truly about ... not being perfect with all our word choices :) !!

Seriously you are so dang funny! And don't feel bad, the public education has failed my kids in many ways where I've had to pick up the slack. Most of that happens when I'm driving in heavy traffic and yelling at the cars around me. I've had to send home permission slips for their friends who get in the car with me so their parents are aware of the extra education they'll get.

public-education, what a disappointment, I mean seriously. When you really think you can count on it for something solid...sheesh!