General Conference--the Most Wonderful Time of the Year!

*Disclaimer: For those blog-readers that are not members of the Church of Jesus Christ of Latter Day Saints, General Conference is a bi-annual conference for all members of our church. At this time the leaders of our church give talks about doctrine, current issues, scriptures etc. It is broken up into two hour segments, with two segments on Saturday and two on Sunday. The conferences are televised world wide. The fall conference is this weekend, October 6 & 7 and because of that we don't attend our regular church meetings. 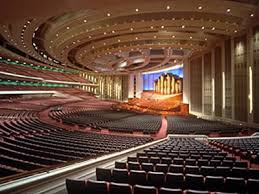 I hate a lot of things (like PTA, Disneyland & most meetings in general) however, I absolutely love General Conference.

As a child, this was not the case. I preferred just about anything to being forced to sit in front of the TV and be bored out of my mind. As a teenager I was very outspoken of my supreme dislike of conference. It was my opinion that conference was rather blatent brainwashing by a bunch of old geezers--no worries, I have repented of that and all else my teenage years were rampant with.

And then, around the age of 17, after a lifetime of religion, I really found Jesus for myself, and through Him I finally understood what conference was about. I no longer watched the two sessions dictated by my parents, I watched them all and I took notes. I realized that these men and women, who had dedicated their lives to the gospel, were talking to ME, and they were imparting those things that my Father in Heaven wanted me to know. It was, for lack of a better word, and awesome realization.

In the last 16 years of my life I have missed exactly one weekend of conference, and my sister was supposed to record it, so it wasn't my fault. I committed to never go out of town for conference again (which is tricky because my wedding anniversary is the same week as Spring conference).

When I had kids I wanted to do all I could to keep them from having the same negative impressions I had of it as a child. And I am pleased to admit that so far, it's worked. Here's how we do it:

*WATCHING: They are only required to watch two sessions. Any two they want, I don't make them chose one or the other. We try to make sure they see the closing comments because they are usually given by President Hinckley, but the rest is totally up to them.

*GAMES: I printed off bingo cards from lds.about.com and have little candies I give out when they complete a line. We'll also let the kids put together a puzzle if they want to--something that can be done silently.

*FOOD: Everything in life is better with food. For confernece we have all of our favorites: A shrimp ring, 7 layer dip, 2-6 varieties of cookies, easy cheese, wontons. I prepare a lot of it during the morning session on Saturday, but everything only comes out when conference is on and you can only eat it if you're watching conference--they can't take a plate and disappear downstairs. The kids are so excited about the smorgasborg that they are more than happy to take their plate into the living room and pig out in front of the TV. It's also the only Sunday of the year we can stay in our jammies all day.

*OPTIMISM: My husband and I are very positive about conference. If something is said that gets our back up, we discuss it ourselves later and seek for our own answers. If we aren't in the mood for it, we are not allowed to say so. I'll crochet or do something with my hands because it's impossible for me to sit still these days, but we are there for every session.


My kids are 5-13 and they were all ecstatic when they realized conference was this weekend. We've been talking about what treats to have, they've been planning their weekend around the sessions they will be watching.

Are they getting anything out of it? Yeah, they are--I don't doubt this. They are listening to the prophet and his counselors. Much of what's said isn't really pertinent to them yet, but they are listening, they are learning, and they are making it a habit. Better than that, they have positive feelings about conference and they look forward to it.

Now, my oldest is just barely a teenager, so I know the real test is yet to come, but for us, this is working and fulfilling my goal to have my kids feel better about conference than I do.

Do you guys have any tricks? I'm all about adding more tools to my box-of-tricks.
Posted by Josi at 7:15 PM

Cool ideas! I should pull out the food trick and see where it gets us. I'm personally stoked for Conference; I need the spiritual pick-me-up. I'll be knitting while you crocet. I can't sit still that long!

I've always done some sort of craft during General conference. I have done crosstitches and crochet. I like crocheting, because typically I can do it easily while listening to what's being said.

I like the idea of having food just for conference. My kids are 3 and 1, so we're not quite to the trying to get them to sit and listen part yet.

hi josi:
awesome how you have missed little. the best part of busting my knee a year ago was that my friend ~J loaned me 3yrs worth of conference CDs. i love it loved it. i listened to so much while recovering. what a blessing! kathleen :)

We have some traditions too. We play the Bingo game and my kids can do "quiet" activities during conference on Sunday. I also make a coffee cake (no coffee though) on Sunday morning. Once my kids smell it, they know it's General Conference.

My tricks are the same as yours: jammies, a limited amount of freedom of choice, and food, food, food. My kids' first reaction to the announcement that it's GC weekend: "Yeah! Nachos and waffles!"

I always get a TON of knitting done on Conference weekend. And I, like Annette, am looking forward to the spiritual boost.

I really like that you are striving to make conference a happy and enjoyable time for your family. Anything done by force is going to cause resentment. I think you are wise for your efforts. Also, your children will have fond memories too. We do the same as you. We watch conference both days, we have tons of good food, we play conference bingo and we allow the children to watch 'some' of conference so they aren't over whelmed. We have 5 children. Oldest 10- Youngest 19 months. This year we are going up to my husband's ranch he grew up on in northern Arizona. We plan on hanging out in the cabin at watching it there. Cooler weather is what I look forward too! {we live in Phoenix} also... I can't wait to see who our next counselor is!!!

Happy conference weekend to you...thank you for your insight and positive reinforcements Josi. I appreciate it. :)

We do all the same things here too. I hope it's working. We should do more food though, for sure. Sounds like fun! I wanna come watch Conference at your house!

Oh, and thanks for the blog recommendation (Christine Kane). Had never heard of her, but listened to the train song, which was great, and read several of her blog entries. The Imperfect one was terrific. Thank you for sharing....how did you come across her?

Josi, what a wonderful post. I absolutely love it and admire your style of helping your children to enjoy conference.

I'm off to the kitchen to see if I have everything for seven layer dip. Of course, I better save that for the afternoon session.

I take notes and do cross stitch during the sessions.

Thanks for stopping by my blog and thanks for the suggestion for the candle/jar thing. My boys will love it!

I love Conference. I finally got it when I was in college and since then, I never miss it. I can't pick a favorite talk. I'm anxious for all of them to get posted so I can start reading and printing!

Childhood memories eh? I seem to spend my time remenising about "When I was a girl!" LOL! When I am teaching the pupils always ask me to talk about the events I share with them...they love it, or is it they just don't want to work! LOL!