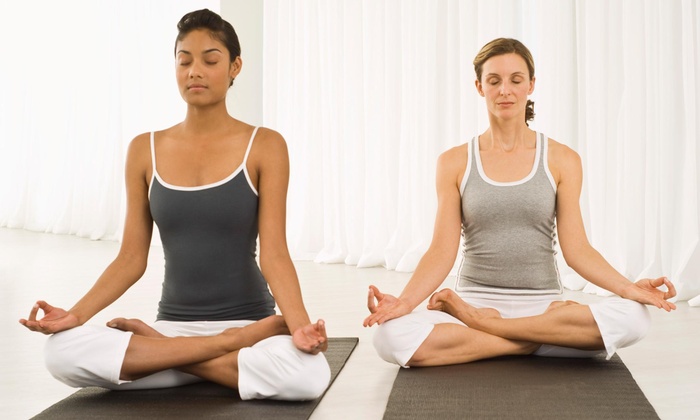 In August 2014 I decided to act upon the advice I'd received from several practitioners and try yoga, like for real. NOT using DVDs I would do until the phone rang or I got sick of it (i.e. ten minutes.) NOT taking a class every five years  But really giving yoga an effort that would allow me to determine if yoga was something I would want to have a part of my life in the future. I decided 100 yoga classes in a year would be truly immersing myself into the practice.

Since today is November 8, and I'm only at 99 classes so I didn't quite hit that goal. But I am ready to sum up my results.

Most of the yoga classes I did were Bikram, which is a hot yoga. The room is heated to 105 degrees and you go through a series of 26 specific poses two times each, holding them for one minute the first time and then 30 seconds the second time with breaks in between some of them. The Bikram classes work every bone, muscle, ligament, tendon, and system of your body. It lasts 90 minutes and at the end I am drenched with sweat--like dripping-from-my-elbows-drenched-with-sweat: This was a good experiment for me. I don't think I'll ever be a true "yogi" whose life centers around the practice, but I do plan to take a class every week for the good of my body, my mind, and my spirit. If anyone is interested in trying hot yoga for themselves, I recommend that you plan to take 5 classes before you decide if you want to continue. No exercise is a quick fix, but it took me about this many classes to recognize the benefits in my day to day life. Know that there are all shapes and sizes--some days I felt like the oldest fattest person there, and other days I was the youngest and trimmest, usually I was one of many middle-aged people like myself that aren't going to be on a magazine cover any time soon but are learning to love what they have more than they have. I also recommend that you read THIS article from O Magazine and check out Luisa Perkins BLOG where she blogged about her 60 classes in 60 days, which is amazing!
Posted by Josi at 6:13 PM 1 comment: