Books For a Cause

This offer closed on September 29th, 2017. If you are still interested in participating, please contact me individually. If the fundraiser is still open, I'm happy to work with you!

I am the third of nine children. When you're part of a big family, when THEY marry, your family gets even bigger and lucky for me they married really cool people. My younger sister, Crystal (Her name is--and I'm not kidding--Crystal Snow White. Is that not awesome? Sadly she stopped at four kids, I was rooting for seven just to make the most of things 😏 ) married Jairus White. They were high-school sweethearts so I have known Jairus for a loooooooong time--I knew him back when he had a full head of hair, I kid you not. I also know his siblings, including his sister Jenny. Jenny is remarkable. She has a master's degree in Social work and is an LCSW (Licensed Clinical Social Worker.) For many years she worked for organizations that helped people who were chronically homeless transition from the streets to a place of their own with supports to help them maintain housing. She worked as an outreach therapist to clients in nursing homes and assisted living facilities. She has also been a host home provider for adults with disabilities, both having them live in her home and providing respite care for other care providers for many years. 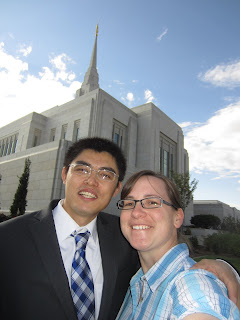 In 2012, Jenny met Chris, a Chinese immigrant who came to Utah after converting to the LDS faith. He was already an engineer in China, but had to start over once he got here. They were both in their 30's, and they both wanted a family. They attended months of pre-marital counseling in order to ensure they were compatible and had a shared vision of their future. I was able to follow this circumstance as it happened and it was fascinating to me. Things were different for them than for most, in that shared goals and commitment brought them together before those things developed into love. They married in 2013 and Jenny continued to work while Chris finished his civil engineering degrees. They had their first son, Henry in 2015--chubbiest cheeks I've ever seen--just before Chris graduated with his bachelor's degree. Chris continued to finish his Master's degree the following year.  Chris took a job with an engineering firm in Idaho shortly after graduation, and Jenny was able to be a full time mom, which she had wanted for a long time.
In 2016 they learned they were expecting again. At four months gestation they learned that their baby--another boy--had a serious heart defect. The defect is called Hypoplastic Left Heart Syndrome (HLHS) and means that the left side of his heart did not develop correctly. They have to essentially remodel his heart so that the right side does everything for his entire body. The repair requires three surgeries, the first 4-6 days after birth ( Dieter had his at 2 days because it was so severe, his aorta and valves were 1/10 the size they needed to be and were restricting worse everyday.) The second surgery will take place when he is about 4-6 months old.  The third surgery will take place when he is about three years old. It's a new type of treatment and has only been in use for about 30 years. Because Chris's job is new, he had limited options for time off and took most of his time when Dieter was born and had his first surgery.  They have health insurance--thank goodness--but need to keep the job secure and can't afford to take any additional leave. There is a $14,000 out of pocket maximum. Depending on the timing of his second surgery, they may need to turn around and pay this again for 2018 as well. They have a two year old. They live about 360 miles from Primary Children's Hospital. They have a lot of hope, but there are also a lot of considerations they have to deal with. 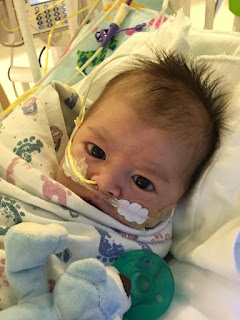 Dieter Shengxian Chen was born August 14th 2017 at the University of Utah Hospital. He was immediately sent to the Cardiac Intensive Care Unit at Primary Children's hospital and will be there for a long time. Jenny is staying in Provo, at a friends town home, 45 minutes from the hospital. Chris works in Nampa, Idaho Monday through Thursday then comes to Salt Lake on the weekends--good friends are covering the expenses for him to fly back and forth so that he can travel more safely and spend as much time with his family as possible. Henry is being cared for by family most of time.  The family continues to see the amazing blessings they have been given through this ordeal. They continue to exercise faith, patience and hope. Deiter has good days and bad days, he's needed additional surgery to help with his breathing. He is on a feeding tube, but making progress. We hope that soon he will have more good days than bad. Jenny is at the hospital daily.  She uses a breast pump so that he can receive his mother's milk through his feeding tube. Things are going well, but are still very hard.
My sister Crystal put together a You Caring account in hopes of raising money to be used toward the deductible and portion of expenses that won't be covered in other ways.  The Chen's greatest desire is to one day be able to "pay it forward" as soon as they are able.
There's not much I can do, but in considering the situation I realized there was something I COULD do. I write books. When I publish a new book I get what are called author copies--copies for me to do with as I please. I give them away to my family members, people who helped me with the book, and via contests on social media. But I currently have quite a few books on hand. So, I am making them available to you guys in exchange for you to donate to Jenny, Chris, Henry, and Deiter.
Here's how it works:
Click on THIS LINK and make a donation. Any amount, whether it's $5 or $50 or $5,000 (insert grin.) Come back here and post that you made a donation--don't tell me how much. Please include in your donation something that can be shared with Jenny and Chris: a scripture, a quote, a personal encouragement. And then email me at kilpack@gmail.com with the subject line "Donation for Dieter" and tell me what books you would like. I will send you one copy of how ever many titles you would like THAT I HAVE ON HAND, which are the following:
Anthology Collections in which I participated:


These books are available on a first come, first serve basis, I will try to keep up with this list as titles are gone. I also hope you will share this opportunity with others. 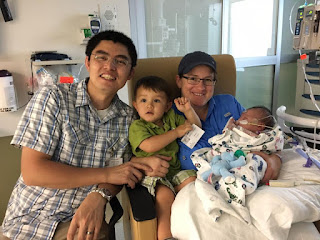 Thank you so much for your support, whether through a prayer, adding their names to a temple roll or prayer list, or via this option. A lot of people doing a little can become a whole lot.

By the way, Dieter means Warrior :-) Lets help the fight!