Early in my writing career I would get very hung up on doing things "Right." I felt like there was a secret that would make writing easier. Was it outlining? Was it scheduled time? Was it drafting long hand? Was it writing first thing in the morning? Late at night? In a cabin in the mountains? Surely "Real" writers knew something I didn't know and if I could learn that key element, the writing would come easier, my laundry would fold itself, and I would be an instant bestseller!

I tried everything and what I learned was that different things worked for different people. This could have been refreshing, but it wasn't. It meant there was no secret; no "trick" that would take away the "hard." Instead, there were things that worked for me that wouldn't work for someone else, and things that worked for them that would never work for me. The trick I DID learn, however, was to ask other writers what worked for them so that I had new things to try. Left to my own devices, I would never have thought of half the stuff that these days is essential to my craft.

A few weeks ago I decided to redo my office and hit google images for "Writers Offices." I wasted loads of lovely time exploring other writer's spaces. I got some great ideas from other people's great ideas and began making the changes I wanted to make on my own space. Then I thought of all the writers I know and thought about asking them what works in their writing world. The result is a 3 part series of "Writing Spaces." We'll start with "Writing Spots",  follow up with "Writing Nooks" and finish with "Writing Rooms." Thank you to all the authors who participated, I loved everyone's thoughts and have a few things I'll be trying out thanks to your inspiration. 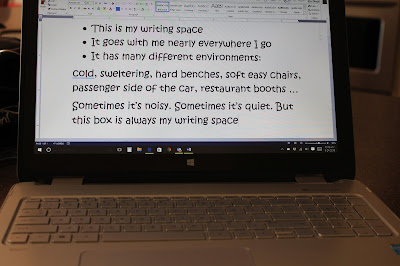 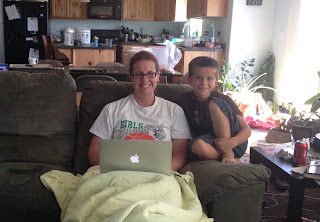 I have learned in the past that my best writing is done when I'm in a relaxing environment (As evidenced by the occasional flashes of brilliant story ideas in the middle of church). I've tried writing at desks, or in silence, or at my old bookstore counter, but they just didn't help the words flow. I have learned that for me, sitting on my couch with snacks and music (Most often the Piano Guys station on Pandora) surrounded by my children is the best place for me to write.

As they've grown older—and louder—I've changed to writing at night, but I still love my couch. It helps to relax my mind and move the story forward in ways I could never do anywhere else. 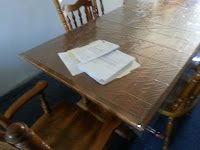 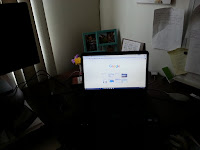 I have always felt like I’ve had to fight for every moment of writing time I can get, so I’ve learned to write wherever I can and whenever I know I’ll have waiting time. Dentist offices, doctor’s appointments—they’re all game. I even have specific memories of when my children were young and attending t-ball or soccer 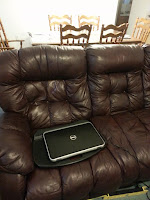 practices. I would sit in my van with my laptop squeezed between me and the steering wheel and work on my current work-in-progress.

Now, my children are grown, and I have a little more control over when and where I write. Yes, I’ll still try to take advantage of miscellaneous waiting opportunities, but my most productive writing times are when I’m fully alert, when the house is empty of people, and when nothing else is around to distract me, not even an open window. With those principles in mind, I generally write at my desk or in my recliner, and if I’m plotting a new novel, I tend to handwrite it at the kitchen table. 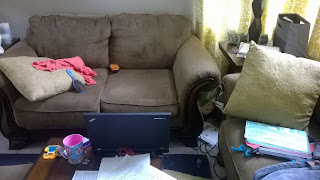 My writing space is one cushion on our living room love seat, and an end table. It's very glamorous. I was going to clean it up, but this is just reality. So I write amidst my son's schoolwork, my daughter's craft projects, hair brushes, and a sweater i forgot to put away. 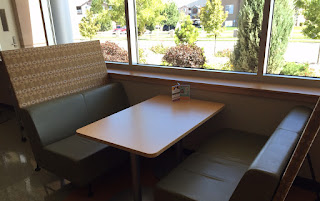 As a father of six with a full time job, it’s hard to find time or a quiet moment to write. So I’ve learned to write just about anywhere: parks during soccer practice, my front porch while the kids play outside with friends, or on the floor of the hall while they settle down to sleep. During the workweek, I write in the company break room. During my lunch hour I sit in the same booth with my laptop and squeeze in as many words as I can. Most of the time the room is full of people talking. Sometimes there’s a TV on in the background. I’ve learned to tune out the distractions and focus on my stories. It’s my favorite and most productive place to write.

Join me tomorrow for "Writing Nooks." to be followed with "Writing Rooms."

Those are awesome! I love your blog design, Josi!

What a great way to share ideas that we can try ourselves. Thanks, Josi!